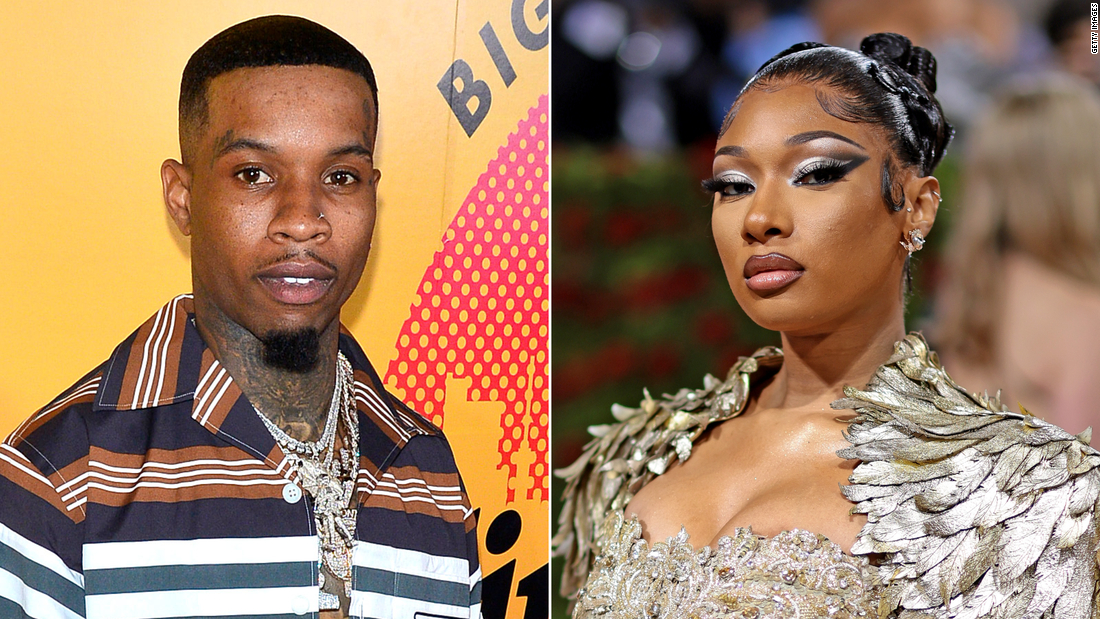 Lanez had pleaded not guilty to assault with a semi-automatic firearm, carrying a loaded unregistered firearm in a vehicle and discharging a firearm with gross negligence, according to prosecutors.

The jury convicted him on all three counts.

Megan accused Lanez of shooting her in the foot after she exited a vehicle they were in following an argument.

In her testimony during the trial, Megan said it was tense in the car between her, Lanez, and her former friend and assistant, Kelsey Harris, reports Billboard Magazine. The artist testified that Lanez wanted her to come clean with Harris about the fact that the two had been intimate. But Billboard reports that Megan was uncomfortable doing so because she knew Harris was in love with the Canadian singer and rapper.

Megan said she had exited the car when Lanez shot her.

“I started walking away and I hear Tory yelling, ‘Dance, b***h,'” she tearfully testified, according to Billboard. “I froze. I just felt shock. I felt hurt. I looked down at my feet and I see all this blood.”

Megan “showed incredible courage and vulnerability” during her testimony “despite repeated and grotesque attacks,” LA County DA George Gascón said in a statement to CNN after the sentencing.

“You faced unfair and despicable scrutiny that no woman should ever face and you have been an inspiration to others in LA County and the nation,” he said, referring to Megan.

“Women, especially black women, are afraid to report crimes like assault and sexual violence because they are too often not believed. This trial, for the second time this month, highlighted the many ways our society must do better for women” , Gascón added, referring to Harvey Weinstein being found guilty of three of seven charges on Monday.

He also thanked the jurors for “their time and thoughtful consideration.”

Lanez did not take the stand in his defense during the nine-day trial.

The jury, made up of five men and seven women, began deliberating on Thursday and a verdict was handed down on Friday afternoon.

Lanez was led out of the courtroom by bailiffs in handcuffs after the verdict was read, according to CNN affiliate KCBS. He faces a maximum sentence of 22 years in prison and possible deportation back to his native Canada.

Have we seen the end of the fixed rate mortgage?