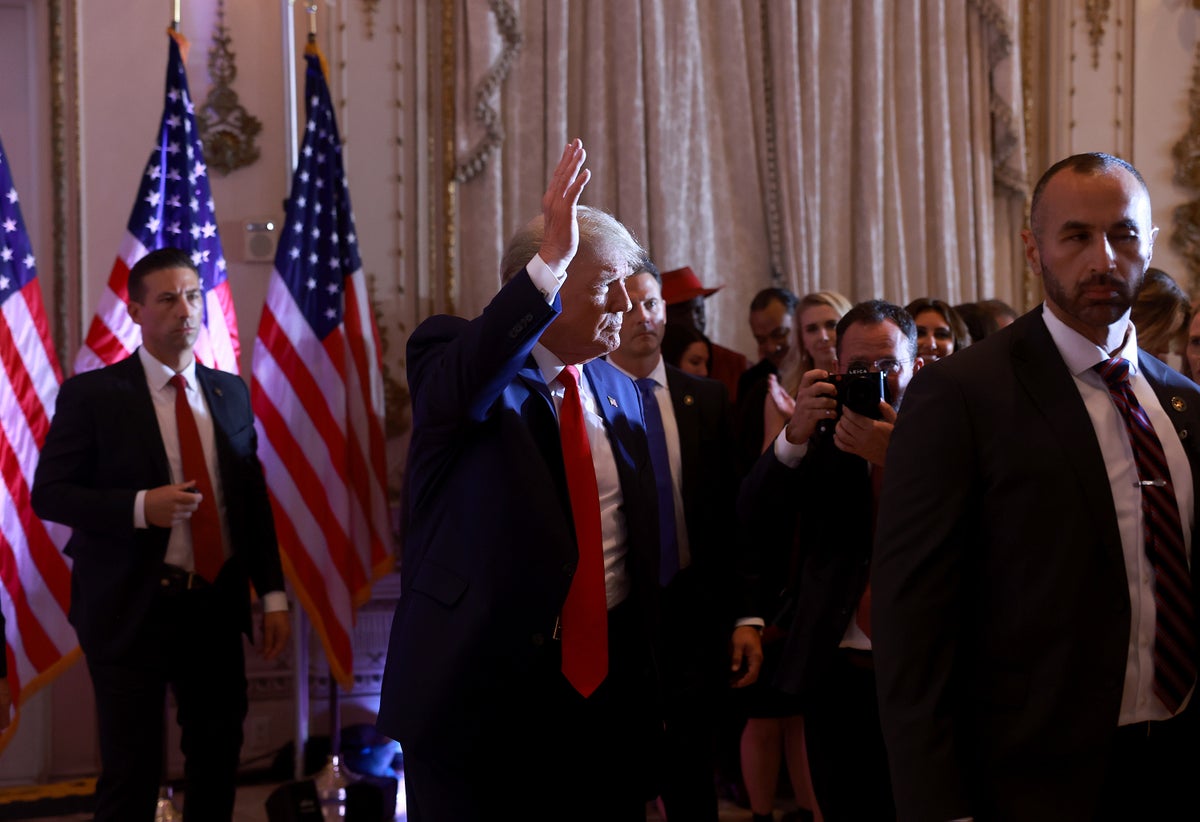 Get our free email with views from Westminster

Some will try to dismiss its value – and some already have.

The most notable rant came, unsurprisingly, from the man the entire January 6 report and its supporting investigation is about: Donald J Trump.

“The FBI used Twitter and Facebook to persuade the election of Biden in 2020. Nothing negative could be said about him, especially as it related to Hunter’s Laptop From Hell, and ONLY negative could be said about me,” he wrote in one of several posts on Truth Social. “They were illegally after ‘Trump’ at a level of cruelty, hatred and yes, desperation, never seen in our country before.”

There will be many of Trump’s supporters who will agree with him. Some of them may take a passing note of the report’s publication and move on. Others will ignore it altogether, persuaded by Trump that it is skewed and biased — just as they continue to believe, incorrectly, that the 2020 election was rigged.

For others, for those already convinced of Trump’s guilt — and especially those with an open mind — the committee’s Jan. 6 report will be something worth taking the time to sit down and read. At least these people will want to familiarize themselves with its main results.

Oddly enough, the report’s arrival is both familiar and utterly shocking even to those of us who have followed the committee’s work, its many hearings and its many witnesses with a close eye and attentive ear.

Yes, we knew the former president was involved in a wilder-than-imaginable bid to hold on to power. We knew the effort involved bullying election officials to “find” votes that weren’t there; a series of lawsuits in federal courts (which were summarily dismissed); and a plan hatched by a little-known law professor, John Eastman, to use a blunt reading of the US Constitution for pro-Trump states to send their own electors to DC, and for the vice president to oversee such a process. If only he had the guts to do it.

We also knew that the most striking and violent manifestation of this came on January 6, when Trump addressed supporters near the White House, fired them up with words about the need to “fight like hell” and then sent them off to do their fighting.

We knew all that. And yet it’s still a shock to read the 814-page report, or its summary, with 11 recommendations on how to “strengthen” the nation’s institutions.

“The central cause of January 6 was one man, former President Donald Trump, who many others followed,” the report said. “None of the events of January 6 would have happened without him.”

An extremely powerful aspect of the report — something repeated in the 10 hearings themselves — is that the words we’re hearing are not Joe Biden or Nancy Pelosi, or any of the figures Republicans can easily dismiss as partisan. Rather, it is made up of people from Trump’s own circle: his own lawyers, his own Secret Service agents. It also allows us to hear the voices of Trump’s supporters, people who believe so much in the lies he peddled that they would travel to Washington DC and help storm the US capital.

One of them is Graydon Young, who testified against Stewart Rhodes and other members of the Oath Keepers militia group. Young, 54, of Florida, was also a member of the militia and walked into the Capitol after being “really upset” by seeing claims about the “stolen election” on Facebook.

“Unfortunately for me, at the time it meant I felt it was a Bastille-type moment in history, where in the French Revolution it was that big turning point,” said Young, who pleaded guilty to conspiracy charges. committee. “It was exciting. I felt like I was going to be an important or an integral part of what was happening.”

Another striking aspect of the report is that it indicates how many others were, over several weeks, more or less involved in supporting the effort to subvert the 2020 election. This includes the so-called “adults” in the room, such as Mark Meadows and Mike Pence. It’s sobering to think that even after the violence on January 6, 147 Republicans — including Ted Cruz and Kevin McCarthy — continued to vote to reject Biden’s win. It’s a jolt to think that two years after that day of violence and chaos, Trump is still the Republican favorite to be the party’s next presidential nominee.

The committee is making four criminal referrals against Trump and is asking that its findings be investigated alongside the probe already being conducted by the special prosecutor, Jack Smith, appointed by the Department of Justice. It has never happened before.

In ordinary times, it would be impossibly difficult for the DoJ to indict a former president, especially one who is a candidate seeking to retake the White House. Most would quickly dismiss each undertaking as a political attack. But given that we have entered such unprecedented times, such a move no longer seems impossible.

It is probably a Democratic fantasy too far that Trump will end up reading this report in his prison cell. On the other hand, if he does, there is a lot to read.

Officials: No injuries in fire at Illinois chemical plant