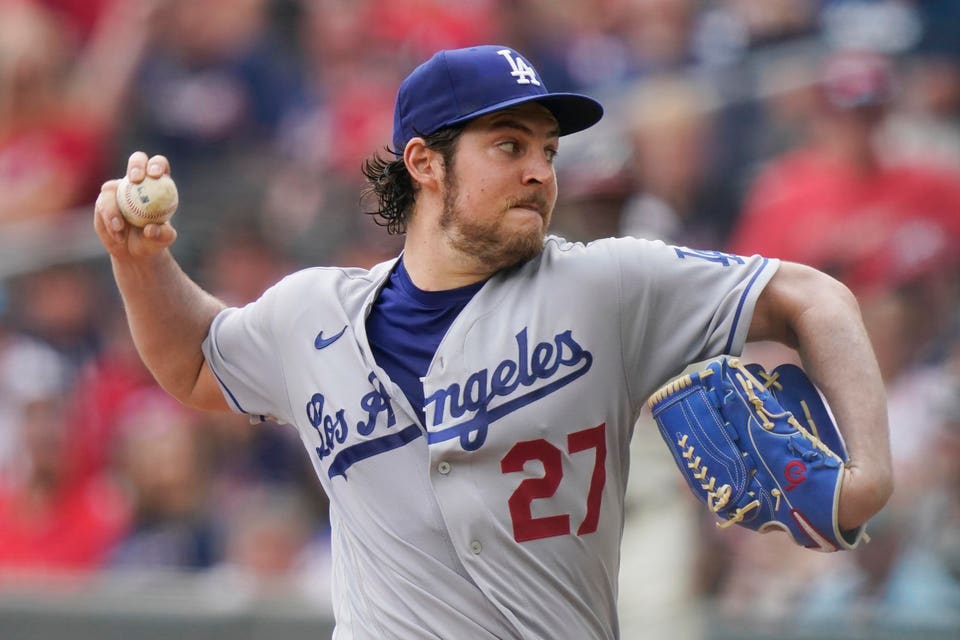 The decision was announced on Thursday, December 22, 2022.

Bauer has been reinstated immediately.

According to Los Angeles TimesBauer has forfeited $37.5 million in salary from his $102 million Dodgers contract.

Now the Dodgers face a crucial decision. Are they bringing Bauer back to their team? Do they pay him the rest of his contract and release him?

The Dodgers have until January 6, 2023 to make the decision to release him or add him to their 40-man roster. The amount remaining on his contract is guaranteed, no matter what decision the team makes.

“While we believe an extended suspension was warranted, MLB will abide by the decision of the neutral arbitrator,” Major League Baseball said in a statement regarding Bauer’s reinstatement.

A woman, identified only as “Ms. Hill” claimed she met Trevor Bauer via Instagram. Through her attorney, the woman claimed she had met Bauer on April 21, 2020.

The woman stated that she arrived at Bauer’s residence in Pasadena during their first meeting. She claims they had “an emotionally vulnerable conversation”. She claims Bauer became aggressive after they started kissing and cuddling in his room.

The woman claims Bauer choked her with her own hair, among other acts to which she did not consent.

On August 19, 2021, “Ms. Hill” was denied a restraining order. A court found there was no supporting evidence that Bauer caused the woman harm, according to Judge Dianna Gould-Saltman.

Bauer was never charged with any crime.

Now the suspension has been reduced.

The allegations against Bauer are similar in some ways to sexual misconduct allegations made by at least 23 women against National Football League quarterback Deshaun Watson.

After numerous women came forward and alleged that Watson attempted to solicit sexually related acts and activities, a Harris County, Texas grand jury declined to indict Watson. At the time, Watson was the quarterback for the Houston Texans.

Watson was eventually traded by the Texans to the Cleveland Browns.

Watson was suspended 11 games by the National Football League and fined $5 million.

Watson is now the starting quarterback for the Browns.

Fan reaction to the Browns trading Watson has been very mixed. Clearly, scores of fans have expressed outrage over the team’s trade of a player who had to settle countless sexual misconduct cases out of court. The backlash to the Browns has been and continues to be significant.

However, there are fans who welcome Watson’s arrival, who see him as an upgrade to the team’s roster and offer hope for the future.

Trevor Bauer is a 6-1, 205 pound starting pitcher with a rather checkered past in the MLB.

Drafted by the Arizona Diamondbacks in the 1st round of the 2011 Draft, the Diamondbacks traded Bauer as part of a three-team trade in 2012. After all player movement was completed, Bauer ended up with the Cleveland Indians. He played for Cleveland for parts of seven seasons

Bauer played with Cleveland until he was once again part of a three-team trade in July 2019. He landed with the Cincinnati Reds and pitched for the Reds for parts of two seasons.

Bauer signed with the Los Angeles Dodgers as a free agent on February 11, 2021.

Bauer was an All Star with Cleveland in 2018, and he won the National League Cy Young Award with the Dodgers in 2020.

In his final games on the mound with the Dodgers before being placed on administrative leave, and ultimately suspended in 2021, Bauer started 17 games. He had an 8-5 record with a 2.59 Earned Run Average and 1.00 WHIP.

Bauer, who has a large arsenal and range of pitches, has always been seen as “unconventional” in his pitch preparation, training and mechanics.

Pitching coaches and managers have been engaged in disagreements with Bauer throughout his career. However, he has had solid pitching results wherever and whenever he has pitched.

The Dodgers face bringing Bauer back into a rotation that could clearly use his pitching skills.

Always a strength for the Dodgers, their rotation appears on paper to be a bit short.

If the season were to start today, fangraphs.com lists the Dodgers rotation as:

What about Bauer? Does he fit? Can he still pitch? Has the dismissal hurt him?

Any questions about Bauer’s abilities, or lack thereof, can be moot.

The biggest question for the Dodgers is probably that of Bauer’s history. The allegations of sexual harassment cannot be ignored.

Do the Dodgers want to address all the negativity with Bauer’s recent suspension and the reason he was suspended?

Is it worth it for the Dodgers to forgive…but not forget?

The Dodgers are an iconic franchise. The Dodgers have had norms and values ​​that have dictated their public reputation. Does bringing Trevor Bauer back to its roster tarnish the long-deserved and highly valued good name and goodwill of one of baseball’s most cherished franchises?

Do the Dodgers have the appetite to “eat” the remaining $22.5 million on his contract?

How will the money that Bauer will now receive affect the Dodgers’ offseason plans? Do they want to sign one or more players and go over the MLB Luxury Tax? The first of four luxury tax limits is $233 million.

RosterResource.com lists the Dodgers’ estimated payroll for 2023 at $217 million, excluding Bauer’s salary. Now they have to pay him, regardless of whether he is on the list or released.

After winning his appeal to MLB for being suspended for sexual harassment, Trevor Bauer has been reinstated to the Los Angeles Dodgers.

Bauer earned 194 of his original suspension in 324 games.

The Dodgers must now pay Bauer’s salary, even if they choose to release him.

For the Dodgers, the ethical dilemma regarding Bauer’s team status must be resolved by January 6, 2023.

The decision to keep Bauer as part of the 40-man roster, or release him, making him a free agent, will have a profound impact on the Dodgers franchise. From many perspectives.

NFL partners with NGL Collective to grow its Latino fan base