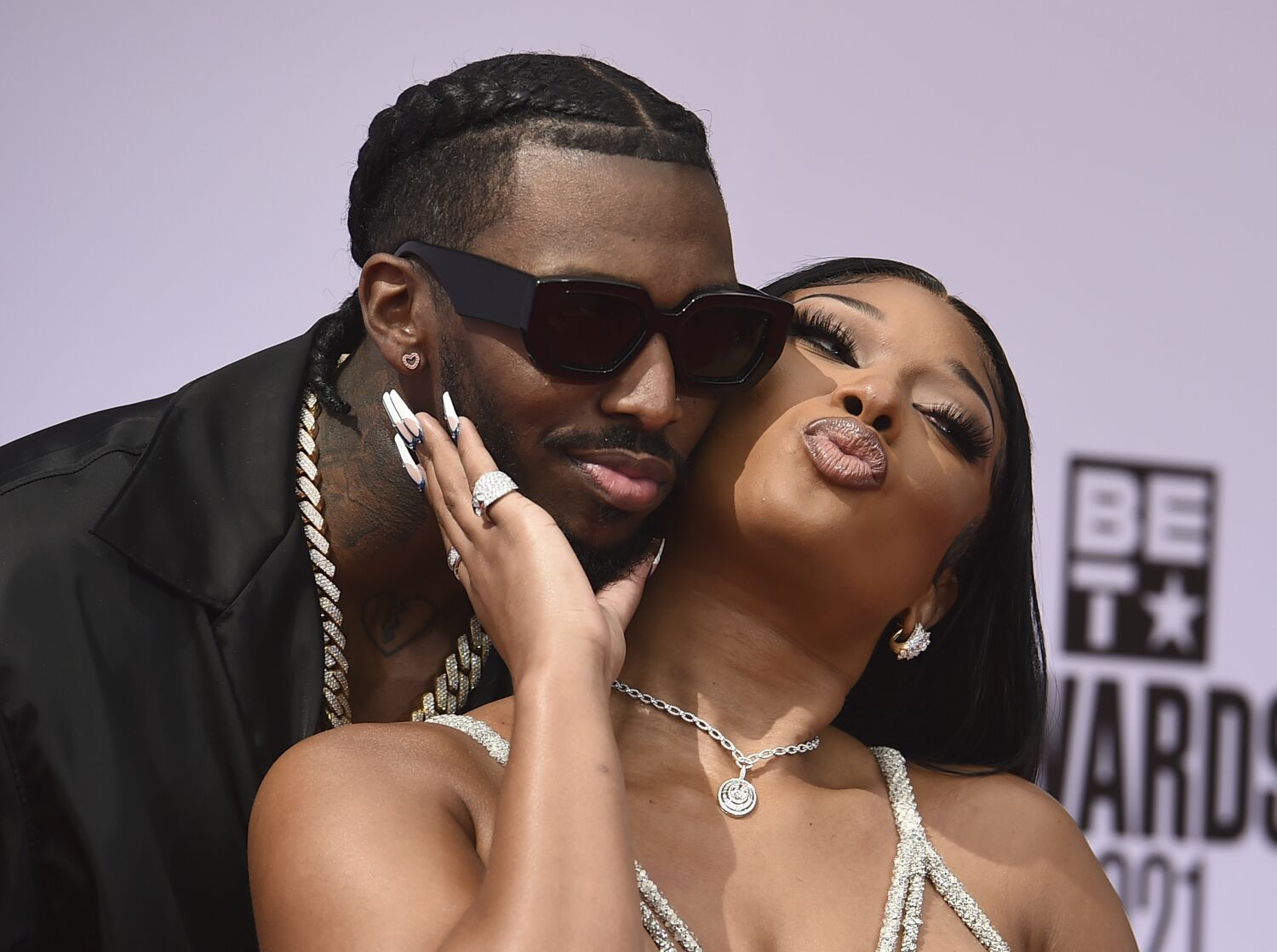 “To all women, especially those of color who have suffered an injustice I feel for you,” Fontaine wrote Thursday in an Instagram story.

“[W]then you find the courage to speak up.. it seems you will be ridiculed.. your credibility will [be] questioned.. your entire past will be held under a magnifying glass.. in an instant you can go from victim to defendant in the public eye,” the “Backin’ It Up” rapper continued.

Fontaine, who has dated Megan for more than two years, is the latest to speak on behalf of his “Savage Remix” collaborator. On Wednesday, conservative commentator Candace Owens shocked many when she threw her support behind the three-time Grammy winner, saying that “what’s going on with Megan Thee Stallion in her real life… is one of the most horrible things I’ve done . ever seen.”

Megan Thee Stallion, whose real name is Megan Pete, is not the person on trial but appeared at times to lead up to the contentious nine-day trials. The “Hot Girl Summer” rapper has endured a wave of criticism from her peers rooted in misogyny since she announced she was shot in the Hollywood Hills in July 2020 and later named Lanez as the alleged shooter.

The stunning artist behind hits like “WAP” and “Body” was often on the verge of cracking during her emotional four-hour testimony on Dec. 13, as she talked about suicide, depression and her regrets about coming forward about the shooting, which landed her in a hospital with bullet fragments in her feet.

“I wish he would have just shot and killed me if I knew I was going to have to go through this torture,” the 27-year-old testified.

Lanez, 30, a Canadian hip-hop star whose real name is Daystar Peterson, has been charged with assault with a firearm, unlawful possession of a weapon and reckless discharge of a weapon. If convicted, he faces more than 22 years in prison.

But his defense team has tried to shift the blame to Megan’s estranged best friend, Kelsey Harris, who was also present the night of the shooting. Lanez’s attorney argued that Harris exploded after an alcohol-fueled revelation that both women had slept with Lanez. Harris, who is not on trial, offered jurors conflicting accounts of what allegedly happened that night in the Hollywood Hills.

Meanwhile, the case has sparked discussions about misogyny in the male-dominated hip-hop industry, where Megan has come up with a discography of songs about powerful women, particularly powerful black women. Lanez also released an entire record denying the shooting, and recently Canadian rapper Drake hinted that he didn’t believe Megan’s accusations against Lanez on the song “Circo Loco.”

Closing arguments in the case were heard on Wednesday and the jury – made up of seven women and five men – began deliberations on Thursday. A verdict may be handed down as early as Friday.

Lisa Marie Presley will be buried at Graceland