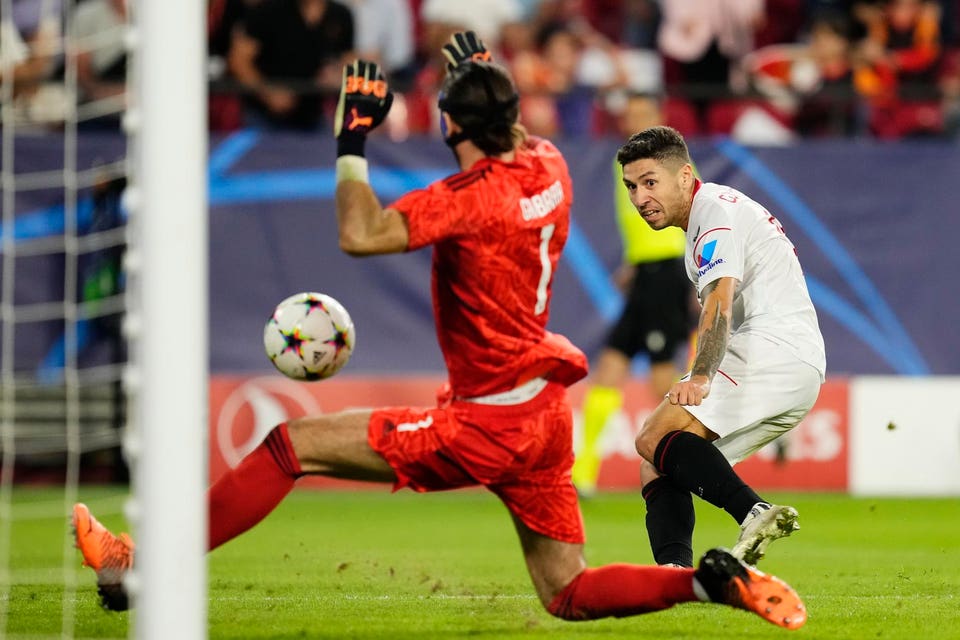 Before he converted a pressure penalty to send millions and millions of other Argentines into raptures for days, 25-year-old Gonzalo Montiel was – well – just another footballer.

Of course, the former River Plate defender was familiar to those in Buenos Aires and throughout the South American nation, and in Spain’s southern Andalusia as an industrious, if unspectacular, full-back for Sevilla. Fast forward to an evening in mid-December, and a World Cup kick has propelled his profile to another dimension altogether.

La Liga football returns at the end of the year, with Sevilla needing 2023 to make a new dawn. Starting as Champions League participants, the team’s subsequent elimination means Europa League football is on the menu for now. More worrying is the team’s slumping league form ahead of the World Cup, which has seen them drop to 18th place – saddled just inside the relegation zone. It is a far cry from where the fans, who pack the attractive city’s subway on their way to games every other weekend, expect the team to be.

Fortunately, Montiel and Argentina’s rise to stardom provide the perfect tonic for Sevilla to get back on track.

Sevilla, serially among the top teams in Spain, for once look a little lost under sporting director Monchi, whose brains and know-how in the transfer market have kept it delivering at a high level for so long. A sign of the times is talented, high-profile midfielder Isco – formerly in the wilderness at Real Madrid – and now without a club, with Sevilla terminating his contract barely five months after recruiting him. Not like Seville at all. Statistically speaking, the team have lost half of their league games this campaign and have scored a paltry average of just under a goal per game. Not particularly Seville either.

However, the side can hold on to a certain optimism. The problems have led to a new coach too – or an old one – after Julen Lopetegui left to be replaced by former boss Jorge Sampaoli, who was solid enough in his final spell at the Ramón Sánchez Pizjuan to bode well for a rebuild.

But what bodes even better for Sevilla is that with a small handful of World Cup-winning Argentines in their squad, they can capitalize on their success and confidence to rediscover their mojo both in the league and the other cup competitions.

Hoping to lead that recovery, Montiel will feel ten feet tall after ending Argentina’s 36-year wait for international football’s most coveted prize. Also keen to use the World Cup triumph as a catalyst to save Sevilla’s season are fellow defender Marcos Acuña and forwards Alejandro ‘Papu’ Gómez and Erik Lamela – although the latter did not make the final squad.

Overall, the World Cup can benefit the club completely. Morocco – a surprise semi-finalist – went far thanks to another of their players, goalscorer Youssef En-Nesyri. Likewise, Yassine Bounou, or Bono, was an instrumental goalkeeper and will be needed to help Sevilla secure much-needed victories when fixtures resume.

Of course, Sevilla are not the only team to benefit from the global competition. Atlético Madrid duo Rodrigo de Paul and Ángel Correa are now world champions, while Paris Saint-Germain are the happiest abroad. The Ligue 1 holders will have a jubilant Messi back in the fold alongside Kylian Mbappé, now one of only two players to score three goals in a World Cup final, along with the great Geoff Hurst.

For ex-Barcelona icon Messi, his crowing moment has a ripple effect. That can only be a good thing for his PSG brand, as well as its momentum on the pitch in France and the pursuit of the elusive first Champions League title it craves. And then there’s the stock value of some of his sponsors — like Pepsi — which are sure to benefit from his success.

But Sevilla could be the real winner if its players – some with a spring in their step – kick on. Beyond the status itself, staying in La Liga means more financial strength in the transfer market and satisfying wage demands for key squad members. Before qualifying for Europe, the financial security of being in the top 20 clubs nationally is always the most important foundation to build on. For this 2022/23 season, La Liga issued Sevilla a spending cap of around €199 million ($212 million). Stopping it from relegation, which would happen if they were relegated, is a big incentive, even if this season hasn’t gone as hoped.

Next up for Sampaoli’s side is a tricky but winnable game in Asturias against Celta de Vigo before what should be an easy win against Deportivo in the last 32 of Spain’s Copa del Rey. Sevilla’s stuttering campaign suggests it could stumble further, but a welcome break and a returning group of winners mean better days lie ahead.

Peloton to pay $19 million in penalties for treadmill incidents