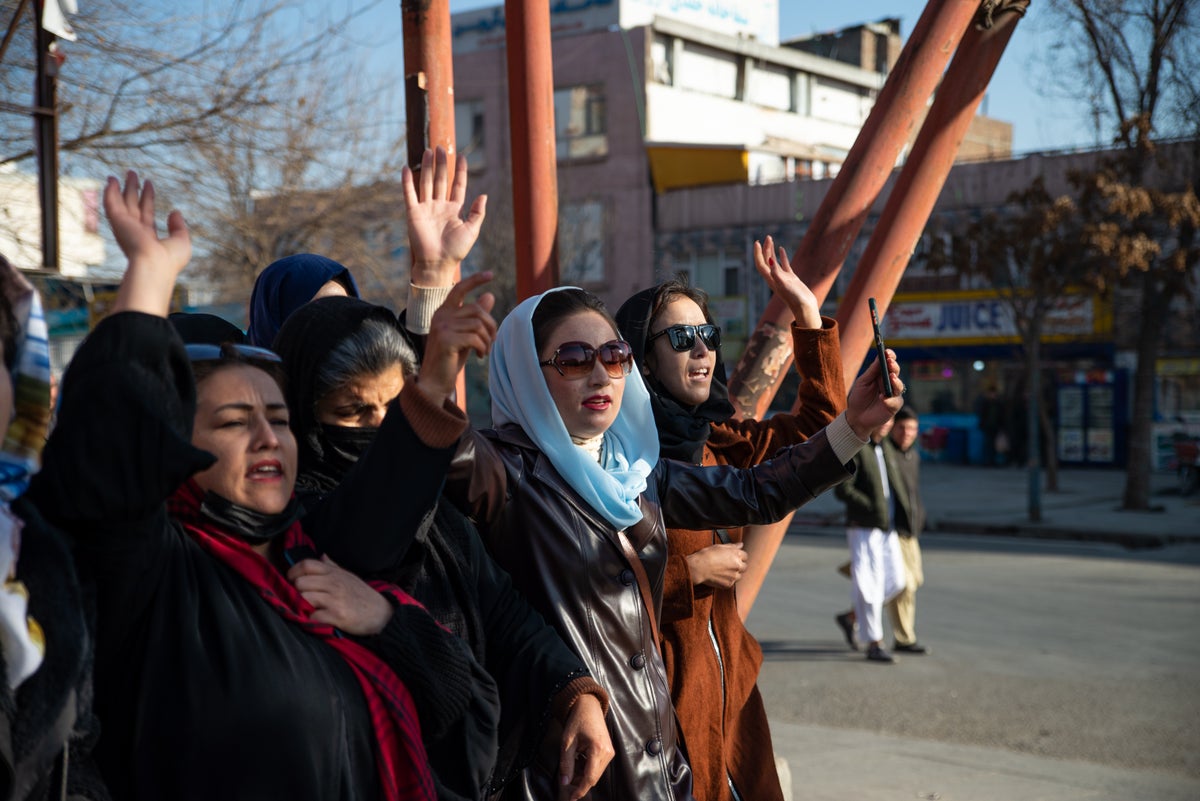 The Taliban rulers of Afghanistan have cordoned off at least one university in Kabul with barbed wire and deployed armed guards to keep women out, according to multiple media reports.

As the Taliban’s diktat on women’s higher education took effect, video from The Associated Press showed women crying and consoling each other outside a campus in Kabul.

“The Taliban have used barbed wire and armed guards to prevent Afghan women from entering universities. But despite the threats, they are protesting alongside brave Afghan men and demanding that women and girls be given their basic rights,” BBC anchor and correspondent Yalda tweeted Hakim Hakim also posted a video of women holding placards and raising slogans.

Several men have walked out of classrooms and many professors at Afghanistan’s universities have resigned in protest at the Taliban’s crackdown on not allowing female students into educational institutions.

Shabnam Nasimi, former political adviser to Afghan resettlement minister and refugee minister, tweeted a picture of a burqa-clad woman standing outside a barbed-wire gate, with the caption: “If this picture doesn’t break you, I don’t know what will. Despite the Taliban banning female university education, this young woman stood outside Kabul University today hoping they could still let her in. The Taliban put barbed wire on the main gate and only let male students in.”

The Taliban banned all female students from universities in Afghanistan on December 20.

Following a meeting with the Taliban government, universities were instructed in a letter – confirmed by the regime’s Ministry of Higher Education – to immediately suspend the admission of female students until further notice, in accordance with a government order.

Taliban armed guards were seen outside four Kabul universities on Wednesday. Rahimullah Nadeem, a spokesman for Kabul University, confirmed to the AP that classes for female students had ended. He said some women were allowed on campus for paperwork and administrative reasons.

Despite initially promising a more moderate rule that respects the rights of women and minorities, the Taliban have largely implemented their interpretation of Islamic law, or sharia, since taking power in August 2021.

They have banned girls from middle and high school, barred women from most work fields, and ordered them to wear head-to-toe clothing in public. Women are also banned from parks and gyms.

The move will hurt the Taliban’s efforts to win international recognition for its government and aid from potential donors at a time when Afghanistan is mired in a worsening humanitarian crisis. The international community has called on Taliban leaders to reopen schools and give women their right to public space.

The Voice of America reported that dozens of Afghan women’s rights activists and female students staged protests in Kabul, Takhar and Nangarhar provinces. According to Pakistan’s Dawn newspaper, political activists and students also held a protest on Friday in Quetta.

The workers and supporters of the National Democratic Party (NDP) gathered in front of the Quetta Press Club where NDP Balochistan President Ahmed Jan Khan addressed the crowd, the paper reported.

(With additional reporting from agencies)

Buffalo Bills return to action with First-Play Touch Down